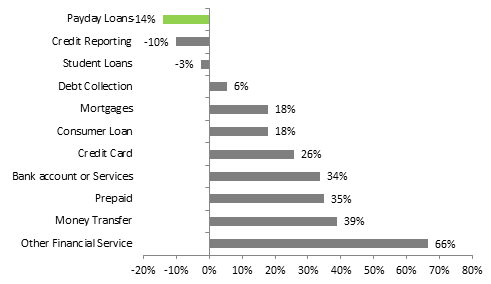 In recent Congressional testimony, Director Cordray downplayed the lack of payday complaints, theorizing that consumers mislabeled their complaints as debt collection. "Some of these complaints are simply misclassified," Cordray testified. "People think they're complaining about debt collection."

Yet this latest report, which specifically examines debt collection, finds no such instance of consumers mislabeling their complaints. And if debt collection is the biggest complaint of payday borrowers, why has that not been the focus of the upcoming payday lending rule?

This is the seventh report in a row in which payday loans have seen a double-digit decline: 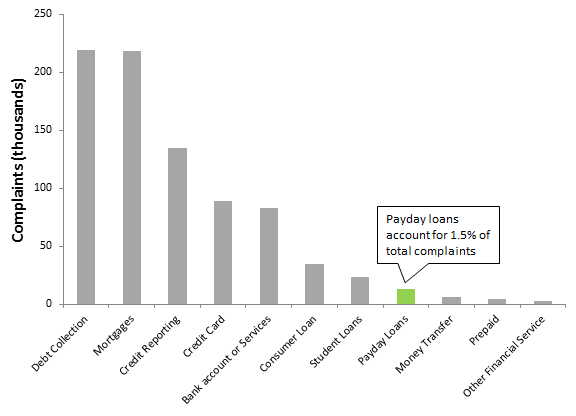 This continued decline - and miniscule overall total - shows customers are satisfied with and value payday loans. According to a recent survey, nearly all borrowers surveyed (96 percent) say payday loans have been useful to them personally, and a majority (75 percent) are likely to recommend payday loans to friends and family and support allowing other regulated lenders to offer payday loans (78 percent).

Yet personal ideological opposition to payday lending has led the Bureau to focus on industries that consumers value instead of where real, documented harm exists, such as in debt collection and unregulated, online lenders.