Customer feedback is a priority for the short-term lending industry. While consumer advocates and vocal opponents paint payday lending as rife with complaints, recent data offer a different story. Consumers not only value having this credit option, but an overwhelming majority of them are satisfied with their experience. 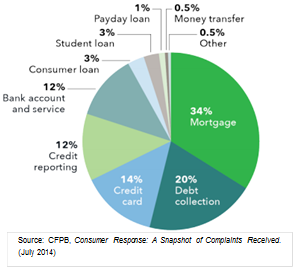 The Consumer Financial Protection Bureau (CFPB) released a report providing an in-depth examination of data in its consumer complaint database. The database, which began in 2011, covers a wide range of financial products, and has collected complaints about payday loans since the fall of 2013. Since then, payday loans accounted for less than one percent of all complaints to the CFPB, and only one-tenth of those complaints were about storefront lenders. Similarly, only one in 10 payday lending complaints received by the Better Business Bureau (BBB) were about regulated storefront lenders.1

An even deeper dive into the CFPB and BBB data reveals that a majority of complaints about payday loans are likely related to scams, not regulated lenders. The dearth of complaints confirms that storefront payday lending is already effectively regulated at the state and national level.

Results from national public opinion research conducted by Harris Interactive also reinforce the CFPB’s findings, providing further concrete evidence that borrowers value having this credit option, use it responsibly and are overwhelmingly satisfied with their experience. According to the research: 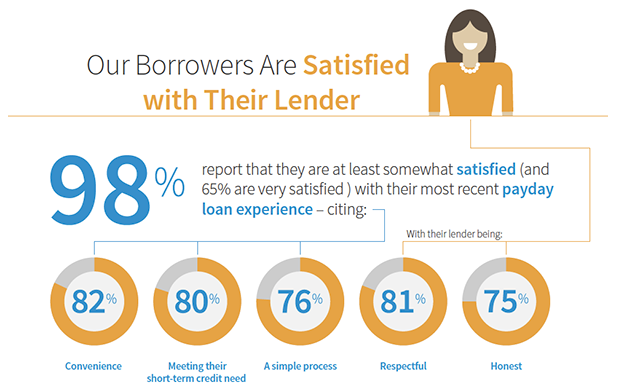 As regulators, including the CFPB, consider further laws governing short-term lending, they must look to complaints and satisfaction data to understand the clear distinction between regulated and unregulated lenders and to consider the voices and experiences of consumers.

Since 1997, Advance America has helped millions of hardworking people with a variety of financial solutions including Payday Loans, Online Loans, Installment Loans, Title Loans and Personal Lines of Credit.